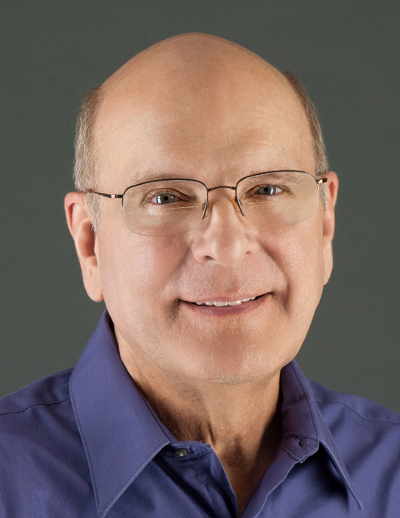 Karl Mollison is a scientist, retired from a top pharmaceutical company, who dedicated his career to developing new pharmacological treatments for cardiovascular, gastrointestinal, anti-inflammatory, autoimmune and infectious diseases, transplantation, and cancer. Within that environment he authored many scientific articles and multiple patents.

After many years of careful inquiry, Karl realized that illness most often does not result from a single cause. The use of chemicals not only often brought serious side effects that could not be designed out through varying their structure, but even when safe enough for human use they brought symptomatic improvement and not a cure. He knew that was not a deliberate and sinister goal of the industry, to keep people on a medication treadmill, but more likely because the very premise of medicine was deeply flawed. Throughout his successful research career, Karl retained his deep passion for easing human suffering but only found himself free to consider alternatives to traditional medicine when he retired.

He began exploring healing methodologies, beginning with training as a hypnotist. From there, he delved into the realm of the subconscious to learn the impact of the negative emotions, stress, and inner conflicts on mental health and physical illness.

Karl’s ingrained habits of cautious, systematic and detailed examination of new information, coupled with insatiable curiosity served him well in his investigation of issues that presented themselves through hypnosis. He explored the impact of past lives and past life traumas on the difficulties that occur within the current life, that are often resistant to conventional healing. He recognized that resolving past life trauma could be the key to wellbeing that had eluded him in his scientific career. If he had doubted the possibility of reincarnation, the practice of hypnosis changed his mind for good. In addition, he encountered the influence and reach of karma and learned that it is not just an exotic term for punishment of evil-doers, but the powerful force that keeps our actions, good and bad, in balance over lifetimes. Karma not only determines our fate but how much healing will be allowed if a karmic debt is owed.

Never one to think his scholarship is complete, Karl learned from his hypnosis colleagues of another practitioner who was having remarkable results dealing with spirits residing within living people. Attending a training session for hypnotists to learn how to channel and remove spirit entities, Karl learned that he could hear the voices of spirits haunting people. He had discovered his own intuitive abilities, to his surprise, which remained with him after the training and to this day.

So, Karl delved into “Spirits” as a field of inquiry. He was able to see and talk to them intuitively and learn more about their origins, such as how and why they become attached to living humans. He learned about the epidemic of earthbound spirits, which may be departed humans or fallen angels, who attached themselves as parasites to human hosts. He discovered that spirits cause many of the difficulties experienced on a personal or group level, and on a global scale.

As Karl persisted in his spirit communication, his intuitive abilities opened further and his channeling abilities led him to converse with beings in the light, archangels and eventually with Creator of All That Is. He was surprised to learn that Creator was perfectly willing and available to interact with him, and without risk. He learned how to more powerfully rid humans of entities by working with the Divine Realm, and he developed techniques to remove or diminish the harmful effects caused by these parasites. In the process of regular contact with Creator of All That Is, through incremental inquiry, Karl has been able to acquire deep truths about the Universe and its workings, the underlying causes and solutions for physical and emotional maladies of all kinds, and what ails society. Chief among our problems is the presence of extraterrestrial interlopers controlling our world from behind the scenes.

Concurrent probing of his own past led to the discovery that Karl, in a prior incarnation, was Alan Kardec, a French physician who studied psychic mediums and spirit phenomena, and founded Spiritism, a spiritual movement still active with chapters around the world. There was an important reason for this revelation: “Karl must continue the mission of Kardec, now as a psychic medium, with an inside track to the spiritual world.” Kardec understood that there was more to reality than accepted conventional wisdom. But in his current life, Karl has dramatically expanded the knowledge obtained in those early explorations.

The findings from his research inform us about the potential future of humanity, and how we as humans can participate in ensuring our own survival. Karl has been shown divine ways to help people heal, and how that healing is vital to our current and future reality. Kardec would have savored the knowledge of nonlocal consciousness and intuitive reach, and their importance to our lives. Kardec would have also appreciated Karl’s discovery of the deep subconscious, a repository for past life traumas, yet unknown to orthodox treatment. If he had possessed the benefit of deeper intuitive ability, Kardec might have been able to catalog the collection of vulnerabilities and negative influences that have been limiting human progress since humanity’s infancy, and which have been uncovered by Karl. With an “inside track” to the spiritual world, Karl has carried forward Kardec’s work to find the true causes of human suffering, and provide real solutions only possible through partnering with the Divine Realm. He has come to understand that knowing the problem is the only way for deep healing to happen, and most unexpectedly, that healing the extraterrestrial perpetrators is key to our own healing and long-term existence as humans. Also surprising to a long-term scientist who had doubted religion, Karl learned that empowered prayer was a vital component to any action that could be taken by Creator on our behalf.

Utilizing guidance from Creator, Karl has developed a detailed healing modality addressing all the causes of human suffering, which he has called the Lightworker Healing Protocol. To expand the work even further, Karl has recently established a collaboration with extraterrestrials in the light, who are able to provide insight into the most effective ways to heal our ET perpetrators.

With divine support, and accumulated knowledge, Karl has undertaken the task of spreading the word, so others can join in to “Save and Heal Humanity.” That’s what we are all here to do, whether we know it or not.

We are on Earth now, to use the Lightworker Healing Protocol and empowered prayer, to partner with Creator, and provide the healing that extraterrestrial perpetrators could not do for themselves. They do not have the faith nor connection with Creator that humans have, to achieve the healing that will raise them up, and free us. We have the power. That’s what the outreach from GetWisdom.com is all about.

Learn more about Karl’s direct work with clients in assisting them successfully with numerous difficulties and challenges, through partnering with Archangels and the Divine Realm, at TeamArchangel.com.

Explore astounding and inspiring answers that describe Creator’s plan for us, and how our efforts empower Creator’s response, in Karl’s eBook “Creator Speaks, A MODERN Message for Humanity,” and the many other eBooks of channeled divine wisdom. 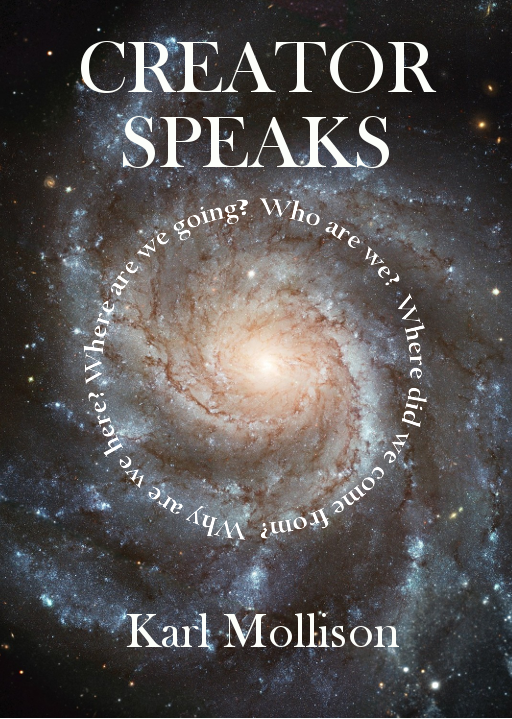 Not a GetWisdom.com Member? Sign up for the FREE Participant Membership right now to download “Creator Speaks”. It’s EASY! Just press the Download button above, and if you are not yet a member, you’ll be taken to the registration page.