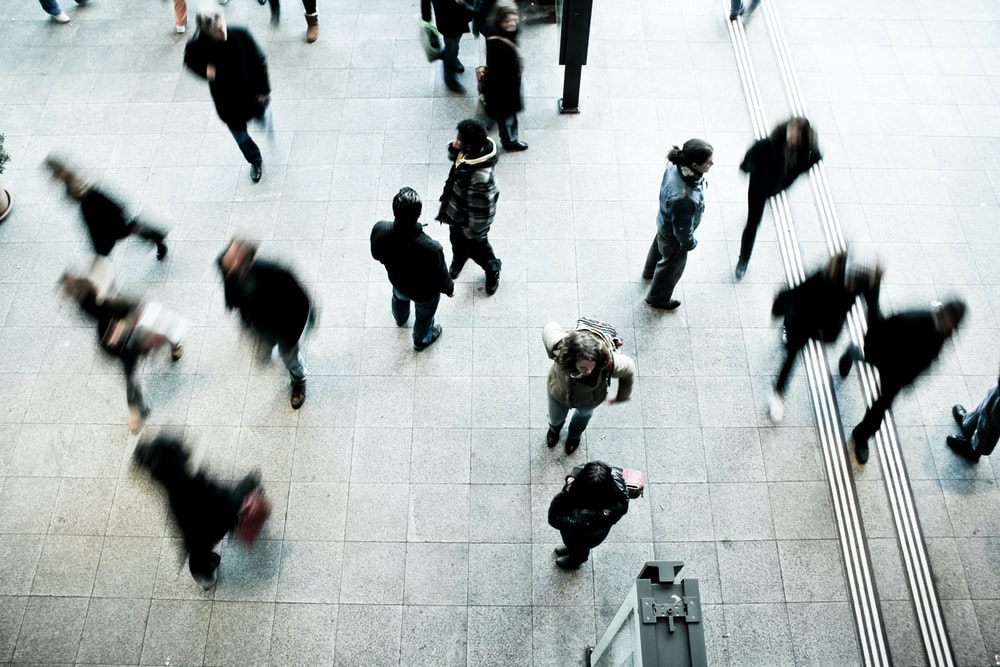 For years, decades, and even centuries, humans have pondered over the significance and purpose of human incarnation. Why do we live multiple lifetimes? Does incarnation benefit humanity in the long run? Or is it a mere inconvenience? In this blog, we’ll help you get a good grasp on why human incarnation occurs and what it’s indicative of.

The incarnation of humanity is to serve the expansion into the physical realm of the divine human. You were created to be an extension of Creator in a bold, new way—to have freedoms that have not been granted to any other living organism.

The human has been created as a projection with free will and free agency in a total and absolute sense. This is a bold, new undertaking that comes with tremendous responsibility as well as opportunity.

The purpose of incarnation is to grow, expand, and overcome the opposition that is mounted to hold you back in this quest. This has been done time and again through the colonization, oppression, exploitation, and subjugation of races that were perceived to be inferior, weak, and undeveloped.

According to Creator, “All who come down are choosing to enter this fray and be of service to the light in some way, to keep things going, to keep hope alive and to contribute to overthrowing the oppressors.” This, precisely, is the purpose of incarnation.

The Search for Healing

Out of the 423 or so lifetimes the average person lives, they frequently get the short end of the stick. This shouldn’t be considered an unfortunate event. Instead, it should be perceived as a reminder and an opportunity to heal. It is unfortunate that very few people are given the knowledge and awareness of the means for healing of their karmic burdens.

This is the next great wave of insight that is poised to spread more widely—the means of true healing. These means been denied for many, many centuries. There are many paths to healing, many tools available, many means to accomplish it, but there needs to be further insight, awareness, and refinement in using these tools.

How Can I Get Started?

Utilizing the tools, means, and pathways of healing is imperative. Neglecting these insights is akin to entering a workshop with all the resources and instructions you need to repair a car, only to leave without so much as touching the vehicle. You have been provided a wealth of knowledge and guidance for a reason. Make the most of it.

At Get Wisdom, we can help. Our Lightworker Healing Protocol sessions are designed to help you heal your karmic wounds and dark spirit attachments. Request a session to get started. You can also explore our wisdom webinars, podcasts, and channeling interviews.

Who Created the SSP and What is its Mission?
Karl & Brian will share Creator’s revelations on the origins and history of this group, its overall agenda, and give examples of its impact on society.

What is the Role of Time Travel Used by the SSP?
Karl & Brian will discuss the ability to manipulate time as a technological capability of the SSP and how it is integral to the planning and functions of the SSP in training of recruits and carrying out their missions.

Is Human Cloning Done to Create Expendable Warriors?
Karl & Brian will reveal what Creator says about the existence of a parallel program to make functioning human clones based on the technology used in creating the robotic alien Greys.

What has been the Impact of the SSP on Human Society?
Karl & Brian will describe a number of events in the news that reveal the workings of the SSP in action. This secret organization reveals its handiwork to the careful observer, and they will discuss the evidence.

Viewer Questions and Answers
The GetWisdom.com Founders will interact with the viewing audience and answer viewer questions about will secret space program affect our future …

What is the Real Cause of Pedophilia by Catholic Priests?
Around the world, the Catholic Church is struggling with the questions: why does this happen, what should we do about wayward priests, and is there a way to prevent such tragedies? Karl & Denny will discuss what Creator says is really going on.

Do Prenatal Ultrasound Exams Pose a Health Risk?
Karl & Denny will explore how the widespread practice of using ultrasound imaging to satisfy prenatal curiosity as a kind of recreation belies an ugly truth – there are real and significant dangers. They will discuss what Creator has shared with us about the pros and cons of this invasive procedure that, like so many others, mainstream medicine is too complacent about.

What Causes People to Hold Extreme Opinions?
For those shocked and horrified reading accounts of the Holocaust, or watching the films made during the liberation of the Nazi death camps at the end of World War II, it not only rings true, but leaves an unforgettable impression. Yet there are adamant Holocaust deniers. Are zealous proponents of climate change as being a threat actually “reality deniers” even as they call those who don’t agree “climate change deniers?” Karl & Denny will discuss who’s telling the truth (according to Creator), and give other examples of manipulations behind shocking news stories.

Are People Continuing to Have UFO Encounters?
Despite the almost complete lack of interest by the media, it’s business as usual. Karl & Denny will give examples of recent clients who continue to struggle with the aftermath of extraterrestrial encounters that were more than close.

Viewer Questions and Answers
The GetWisdom.com Founders will interact with the viewing audience and answer viewer questions about disturbing consequences of alien manipulation …

What we’ll cover in this event …

Is Over-Breeding the Real Reason for Genetic Defects?
Karl & Denny will share what Creator has revealed about this question . They will also share what genuinely effective solutions can be brought to bear.

Why Do Bees Sting One Person and Not Another?
Karl & Denny will discuss this and other interesting revelations from Creator on other enigmatic animal behaviors and their true origins. Especially the workings of karma governing what creatures do and don’t do.

When is it Ethical to Euthanize a Pet?
Karl & Denny share Creator’s perspective on this complicated and difficult decision, that needs careful thought. Creator imparts wisdom about suitable criteria for deciding “when to let go”.

Can a Pet Reincarnate to be With the Same Person Again?
This intriguing possibility, the subject of two recent motion pictures, has been sensed many times by intuitive pet owners. We will describe our own direct experience with this phenomenon, Creator’s blow-by-blow account of how it came about, and share the important lessons about love it holds for us all.

Viewer Questions and Answers
The GetWisdom.com Founders will interact with the viewing audience and answer viewer questions about divine & non-divine animal comings & goings …

Michael Jackson August 29, 1958 – June 25, 2009 was an American singer, songwriter, and dancer. Dubbed the “King of Pop”, he is widely regarded as one of the most significant cultural figures of the 20th century and one of the greatest entertainers of all time. He was also known for his unorthodox lifestyle, residing in a private amusement park he called Neverland Ranch, and often becoming the focus of tabloid scrutiny. Jackson’s contributions to music, dance, and fashion, along with his publicized personal life, made him a global figure in popular culture for over four decades.

The eighth child of the Jackson family, Michael made his professional debut in 1964 with his elder brothers Jackie, Tito, Jermaine, and Marlon as a member of the Jackson 5. He began his solo career in 1971 while at Motown Records, and in the early 1980’s, became a dominant figure in popular music. His music videos, including those for “Beat It”, “Billie Jean”, and “Thriller” from his 1982 album Thriller, are credited with breaking racial barriers and transforming the medium into an art form and promotional tool. Their popularity helped bring the television channel MTV to fame.

Jackson popularized complicated dance techniques such as the robot and the moonwalk, to which he gave the name. His sound and style have influenced artists of various genres.

In 2016, his estate earned $825 million, the highest yearly amount for a celebrity ever recorded by Forbes.

In the late 1980s, Jackson became a figure of controversy for his changing appearance, relationships, and behavior.

In 1993, he was accused of sexually abusing the child of a family friend. The case led to an investigation and was settled out of court for $25 million in 1994.

In 2005, he was tried and acquitted of further child sexual abuse allegations and several other charges.

In 2009, while preparing for a series of comeback concerts, This Is It, Jackson died from an overdose of propofol and benzodiazepine given to him by his personal physician, Conrad Murray. Jackson’s fans around the world expressed their grief, and his public memorial service was broadcast live.

In 2019, the documentary Leaving Neverland detailed renewed allegations of child sexual abuse and led to an international backlash against Jackson.

The song “I’ll Be There” was the song that solidified The Jackson 5’s careers and showed audiences that the group had potential beyond bubblegum pop. Said Allmusic about the song, “Rarely, if ever, had one so young sung with so much authority and grace, investing this achingly tender ballad with wisdom and understanding far beyond his years”.

Jackson turned 12 one day after the song was released.

“You and I must make a pact
We must bring salvation back
Where there is love, I’ll be there”