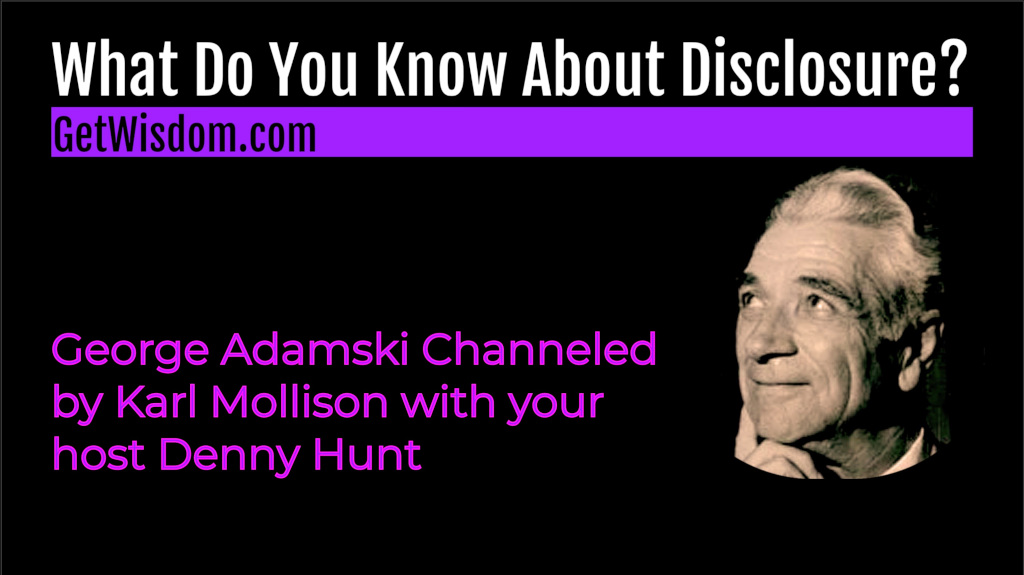 To see the rest of this video, go to https://www.getwisdom.com/george-adamski-channeled-by-karl-mollison-25sept2022/

George Adamski 17 April 1891 – 23 April 1965 was a Polish-American author who became widely known in ufology circles, and to some degree in popular culture, after he displayed numerous photographs in the 1940s and 1950s that he said were of alien spacecraft, claimed to have met with friendly Nordic alien Space Brothers, and claimed to have taken flights with them to the Moon and other planets.

Adamski was the first, and most famous, of several so-called UFO contactees who came to prominence during the 1950s. Adamski called himself a “philosopher, teacher, student and saucer researcher”, although most investigators concluded his claims were an elaborate hoax, and that Adamski himself was a charlatan and a con artist.

Adamski authored three books describing his meetings with Nordic aliens and his travels with them aboard their spaceships: Flying Saucers Have Landed (co-written with Desmond Leslie) in 1953, Inside the Space Ships in 1955, and Flying Saucers Farewell in 1961.

In addition to his contributions to ufology in the United States, Adamski’s work became very popular in Japan and helped inspire many depictions of aliens and UFOs in postwar Japanese culture and media.